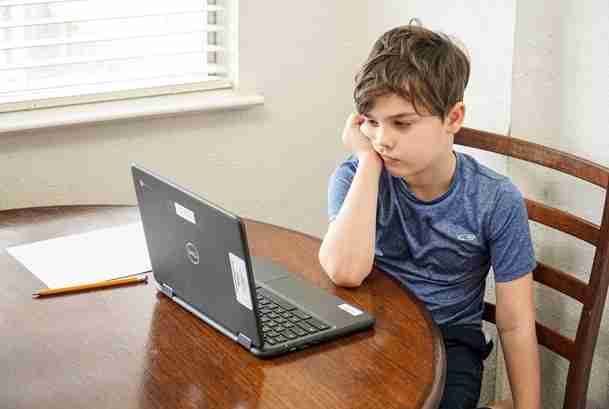 Why Blue Light Glasses Are Essential For Kids LearningOnline

Keep in mind, those numbers only include phone use. Watching television, playing video games, or doing homework on a laptop or tablet push total screen time even higher for many children.

But that was 2019. When the COVID-19 pandemic forced many students into online learning, while simultaneously keeping them from other offline activities, total screen time soared even higher.

The consensus is that too much screen time is bad for children, including teens. But why?

For one thing, children’s brains are still developing. They are more plastic than an adult brain, meaning they have a greater capacity for change based on the stimuli they encounter. While it’s not impossible to change an adult brain, it does require much greater effort. Research on the effects of screen time on children is still emerging, but there is no question that hours on screens each day will shape developing minds—for better or for worse.

But another, less understood, problem stems from the screens themselves.

When kids spend five, seven, nine, or more hours a day looking at screens, they’re also receiving a massive dose of bluelight. Compared to its counterparts in the visible light spectrum, blue light has a shorter wavelength and higher energy. And, crucially, all the screens we regularly use—phones, TVs, laptops, e-readers, and tablets—emit large amounts of blue light.

The effects of too much blue light can be drastic.

Headaches, eye strain, brain fog, fatigue, and difficulty sleeping are all common side effects of Excessive Blue Light Exposure (EBLE). And the issues stemming from those side effects can be extremely detrimental to a child’s development and well-being. Consider the well-documented effect of blue light on the circadian rhythm.  Blue light suppresses melatonin and increases alertness. So, when children use screens before bed (as many do), they have difficulty sleeping. A lack of sleep leads to issues with cognition and memory, concentration, body weight, and the immune system, just to name a few.

A child who is chronically deprived of sleep due to blue light can enter a life-altering cycle of constant fatigue and have difficulty keeping up with peers. While there are a number of ways you can reduce screen time at home, we know that following through and actually getting kids to cut back on screen time can be extremely difficult, especially when school is online.

That’s why at Lucia Eyes, we created a line of bluelight blocking glasses specifically for kids. It’s simply not realistic to expect that your children (who might be home all day due to the pandemic) won’t be looking at screens.

But you can protect their eyes (and their brains) with a pair of blue light blocking glasses from Lucia Eyes.