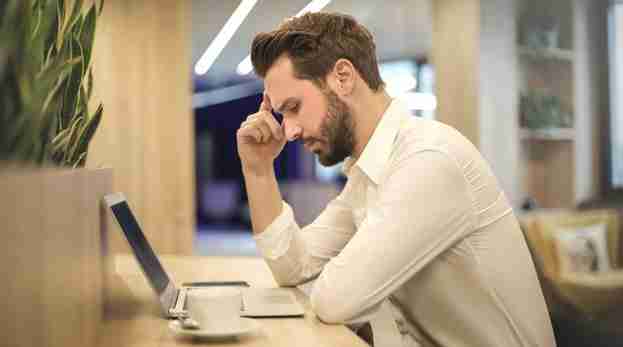 Why Is Blue Light So Bad For Our Health?

Over the past several decades, the number of hours the average person spends with their eyes locked on a screen of some sort has risen dramatically.

First it was TV. Most of us can probably remember going to a friend’s house where the TV was on all the time, regardless of whether anyone was watching. Then came more immersive video games that captured kids’ attention for hours at a time. Computers, too, started carving out larger and larger slices of our daily time. They eventually morphed into laptops you could take practically anywhere. And then came the smartphone. Tablets. Devices that you could easily fit in a pocket or bag and take out whenever you had a free moment.

And while there are many objectively great things about having those screens available to us, one of the very worst consequences is the massive amount of blue light they give off. The average American today suffers from Excessive Blue Light Exposure (EBLE), likely without even knowing it.

However, you may recognize some of the effects of EBLE: headaches, sore muscles in the neck and upper back, general fatigue, eye strain, brain fog, and poor sleep.

In many cases, these symptoms can be traced directly to the time people spend staring at screens each day—and the blue light they emit.

So, why is blue light so bad for us?

The answer has to do with the different types of visible light. For humans, the visible light spectrum is represented by the acronym ROY G BIV (red, orange, yellow, green, blue, indigo, and violet). Each has a different energy level and wavelength. And blue light has a high energy level and short wavelength. Practically speaking, this means when we’re exposed to blue light, we tend to get more alert. Blue light can elevate your mood, boost reaction time, and even help you pay attention.

But most of us get far too much blue light during the day from our devices.

On top of that, it turns out that the human eye is not great at blocking blue light, meaning nearly all of the blue light we’re exposed to reaches the retina. Research has shown that over time, EBLE can damage retinal cells, leading to macular degeneration and also potentially contributing to cataracts.

In the short term, it places a strain on our eyes that ends up affecting not only our vision, but our entire bodies through headaches, shoulder and neck tension, and an inability to concentrate. Even worse, getting blue light before bed (which most people are) has been shown to disrupt the body’s circadian rhythm, leading to poor sleep. And a lack of quality sleep has cascading effects on practically every part of your body, including your digestive system, cardiovascular system, and even your brain itself. In fact, there’s a growing consensus that blue light is essentially a pollutant that can contribute to chronic disease.

In a nutshell, blue light disrupts the way your body has evolved to function—and that has serious side effects.

If you want to cut back on the blue light you’re exposed to every day, start by checking out blue light blocking glasses from Lucia Eyes.